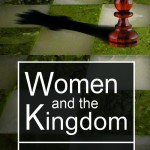 What is the book’s central message?
I guess the central message of the book is that Jesus liberated women and elevated them through his teachings, through his practice, through the way he presented the gospel. Jesus emphasized the equality of women in the way he taught them and interacted with them and that is a huge encouragement for women down through the centuries. Even though the Old Testament had already given a place to women, it was more sporadic; Jesus came and brought a whole new revolution in. He was the first real feminist.

Why did you decide to write the book?
We wrote it because we felt that for many parts of the Christian church this is not a living reality: people are still trying to enslave women. There are often a lot of negative attitudes to women which really go back to the ancient world and people who weren’t Spirit-filled people, just religious people (and also picking up on paganism). So we were concerned to write what we saw in the word of truth concerning Jesus’ attitude to women.

What are some of your experiences of being a woman in leadership?
For myself, in ministry and leadership for many years, I guess I’ve had a good ride really, right from when I was a teenager. The first pastor I had was extremely encouraging of me; he never ever gave me the idea that as a young woman I would be hindered from doing things in the church. In fact, when I was about 17 and had just become a very committed Christian, my pastor went away on holiday and asked me to do the midweek Bible reading, which people used to join for Bible input and prayer. At the time I didn’t realise how revolutionary that was (it was an evangelical free church) but it was very formative for me in discovering that I could share the scriptures with people. I guess over the years I’ve been pretty well accepted and I think I’ve been very blessed in that, and God has been very good to me and given me loads of openings. Of course now and then I’ve met people who are negative to women generally, or troubled because even if they feel God is using me sometimes it doesn’t square with their theology. So occasionally I’ve had those sort of interesting encounters where people are trying to say, ‘It may seem alright but I’m sure it can’t be’ and therefore, you know, I’ve had a few negative reactions. On the whole though, I’ve had good experiences myself and that’s what makes me, all the more concerned for those who get crushed under people’s heels.

Is that who you hope to reach with the book?
We are hoping to reach women who have felt put down and who have felt marginalised. We want to empower them with the truth because: ‘You shall know the truth and the truth shall set you free’. We hope therefore that people who are being put down will know they are empowered by the Lord and that if the Spirit of God has given gifts to a woman, then she should be able to exercise them within appropriate church order. We’re not encouraging rebellion because that doesn’t accomplish anything, and we wouldn’t want anyone to think we’ve written a book just to cause a revolution but we hope church leaders will read the book and understand how to encourage the gifts of women in their congregation.

What reactions have you had to the book so far?
As far as the book has gone out thus far we’ve had an incredibly positive response. I’m sure that any day the negative one will break but so far people have been really warm and appreciative, and have been saying they want to order more copies. There’s been a great enthusiasm and we are very grateful to God for that because this book has been many years in the writing. We’ve had it in our hearts for years and now in the kind of twilight years of our we can perhaps bring it out more thoughtfully than we could have done years ago. We tried to bring it right up to date with what’s happening today, particularly in the UK and in Europe, but it’s a book which really has grown out of our study of scriptures, our experiences, and our discussion and prayer together over many years.

Women and the Kingdom is published by Push Publishing and available here.

The Kingdom of Jesus – Birds »